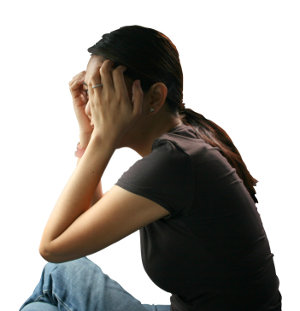 * All names had been changed to protect the identities of the people involved. * This is a true story of a young woman in search of happiness in a free country with all the choices legal and affordable for her “reproductive health”. Celia is a highly intelligent woman, educated in the top schools and has the money to afford all the plethora of contraceptive choices the 21st century has to offer.

The IUD was Celia’s next attempt at contraceptives, as prescribed again by a “doctor”. A funny looking “safe” wiry contraption inserted into her vagina up to her uterus to misshapen the uterus and not allow any implantation of a fertilized egg / conceived egg. At last, no drugs and no hormones so no more headaches right? DEAD WRONG! Celia began to have horror film quality knife haunting episodes… she felt at times that it was as if a big knife was stuck inside her in her guts and carving the life out of her inside… in and out, this way and that way… the PAAAAIIIINNNN was unbearable. Again, just like the birth control pill, the promise of unlimited sex was not there with this much pain. So she had to have this IUD removed. Strike two with that contraceptive idea.

These 2 intensively bad contraceptive experiences were not going to deter our heroine and she thought that maybe she is done with having children so she may as well get her tubes tied, get a TUBAL LIGATION. Allegedly “safe” again right? Why not, can’t strike out 3 in a row now, can she? So at 30 Celia got her sterilization, tubal ligation, she was now reproductively disabled and ready for any sex with her husband, right?

Celia’s doctor wasn’t being very completely informative of the downsides of sterilization. She did not reveal that there is a very big thing called POST TUBAL LIGATION SYNDROME. Know more at http://www.tubal.org

Celia began to lose interest in sex. Dry. No libido. Just like what happened to my driver’s wife after she got her ligation. So it seems both rich and poor get the same results with tubal ligation. Celia’s hair started having more and more white hair. Celia was losing her attractiveness in her mid 30s.

And Celia’s husband? He started coming home later and later. Too busy with business and clients. Home at 4 to 5am. Went on for a few years. Until Celia had had enough, was sure her husband was having an affair… getting sex elsewhere with a woman who has not had a ligation… so she packed up and took her 2 children with her and left her husband.

So it was strike 3. The ligation was not safe, it had aged her, made her sexually disabled, and she gave up on her marriage and thus broke her own family.

So life is full of choices. There are very bad choices you would wish upon your enemies like the birth control Pills, IUDs and the Tubal Ligation… Celia tried them all, suffered and is at her contraceptive dead end, no happiness, LESS HEALTH, LESS BEAUTY, no sex, no marriage either. Celia these days just shakes her head when she hears her “liberal” friends scream their support for these HORRIBLE CHOICES they want big bad Government to PUSH to all the Filipino Women. As liberal as Celia is… in her actual experience, she CANNOT support these LIIIIEEEEESSSS called the “RH BILL” as Celia had already been knocked down knowing the TRUTH with what she had just personally debilitatingly experienced.

Maybe Celia can sue her doctor. Or sue the drug company, or sue the IUD manufacturer. Just read that a big drug firm is settling their class action law suite for their injurious birth control pills. $220k per head.

Hopefully Celia can find a skilled surgeon who can reverse her tubal ligation and restore her health and vitality.

P.S.1 RH Bill Proponents / Women’s “rights” proponents have said and I quote: “their body, their choice. If it harms them, so what? It’s their choice…” which now appears as a CALLOUS… “we really NEVER CARED about the DOWNSIDES for women”… which now means “what we really wanted was POPULATION CONTROL…” a way to CON WOMEN into injuring themselves to neuter themselves.  It seems what the medical establishment meant by “SAFE” for Celia was that their contraceptive solution did not kill her outright the next day.

P.S.2. If you are looking for a way to space your children… follow TRUE HEALTH (not the medical profession)… abstinence, natural family planning and it’s many iterations and tools (the BETTER CHOICES)…  TRUE HEALTH PRINCIPLES to live by:  (1) do not pollute / poison yourself,  (2) do not injure / maim yourself, (3) Do not trust the $$$ contraceptive church of “modern / western / pharmaceutical medical industrial complex”.

Let Celia’s story be a lesson for you to not repeat the same mistakes she made.

One Comment to “Celia’s Search for those “Safe” Contraceptives: Pills, IUD or Tubal Ligation?”