A strep infection has been bothering the family lately. Strep with cold, cough, and phlegm. What is curious about these 3 weeks is the ones who were susceptible were those in the blood line of Grandpa A. This strep began with my 3 children… who are grandchildren of A, then infected Grandpa A, and with grandpa A also sleeping in the condo in the next town with his 2 other grandchildren infect those 2 grand children as well. No strep infection in grandma, and the mothers of the grand children. No infection with me the father (I’m a raw paleo dieter, so there is an obviously higher immunity inherent there). Curious. Must find the source. Must eliminate the source.

First modality with strep was supportive. Just sleep, rest, use a nebulizer. Then use anthroposophic medicine such as echinacea, weleda cough elixir, mercurius vivus and other stuff recommended by the Anthroposophic doctor. This happened with the 3 kids.

Second modality with Medical Antibiotic Drugs, with Grandpa A first given the above first modality vs strep. But frustrated with long days of suffering, Grandpa A went to the medical doctor and got lab tests. Shows the infection was strep. So medical doctor says give antibiotics for 7 days. Grandpa A winds up buying 7 tablets at 200 pesos per tablet and takes the antibiotic drugs for 7 days. He seems to be healing.

With the information from Grandpa A that this was strep, we then re-study our options as the 3 kids were not spectacularly well and they seem to be relapsing. So this is going to be germ warfare. I gave the children 2 options:

Option 1 for germ warfare: Several hours of Beam Ray treatments. They groaned that that was terribly boring. I scold them for that. Boredom should be the least of their worries.

Option 2 for germ warfare: 3 days of raw paleo diet with lots of raw bone marrow. No sweet fruit in this case. This will be a high fat very low carb version vs infections. Only the eldest kid volunteered for that.

After much discussion I decided they just do the kill all option: 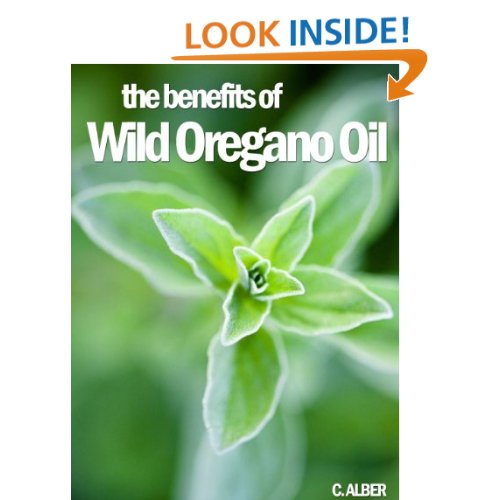 In the morning we tried 3 drops of pure oregano oil with a small teaspoon of olive oil. Too powerful and too painful for the children. So we capsulized the next doses 3 drops olive oil + 3 drops pure oregano oil in a capsule. We capsulized 30 capsules. But the kids only consumed 5 capsules each distributed throughout the day. So we only used 1 days dose of just 15 capsules for all 3 kids.

By evening two children showed signs of getting a lot of oregano oil. The youngest had mouth sores. And the 2nd child had fever and by morning had a tummy ache. No more oregano oil for the 2nd day, that’s too much already.

The morning after was flora replenishment time. Carpet bombing with oregano oil meant all flora destroyed. Which explains my 2nd child’s tummy ache. And too much detoxing, which explains the headache of the 2nd child. Early morning all take a shot of lactobacilli probiotics. Up to 3 shots for my 2nd boy to get rid of his tummy pain. And to get rid of the headache coconut juice every hour for the first 4 hours. Then later more probiotics with yakult… 5 small bottles per child. Then detoxing the kidneys with avocado leaves tea. And to balance the bacteria probiotics, I gave each child some teaspoons of powerful Danablu blue cheese… powerful stuff.

The morning after the carpet bombing with oregano oil saw the elimination of all colds. The elimination of all coughs. And the phlegm… gone in the youngest kid, gone in the 2nd kid and some 5% left on the eldest kid. Oregano oil antibiotic treatment is 1 day (for the kids) vs pharmaceutical patented drug antibiotic for 7 days. (for grandpa). And I heard grandpa bought some probiotics from the health food store afterwards.

Let’s hope this cure will all last long.