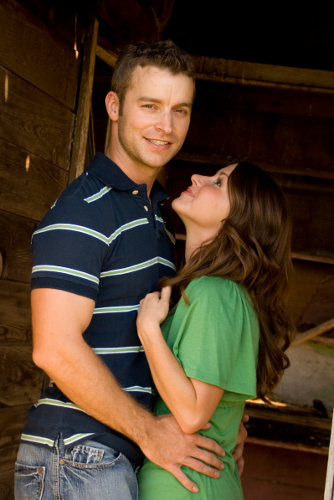 Just stating the obvious scientific study and observable facts.  Men, raise your hand if you are attracted to pregnant women, to woo them, to pursue them, to ask them out on dates, to court them.  Obviously not.  Somebody else has already knocked her up, right? (Her body thinks that it is already pregnant. She may be taking other pharmaceutical drugs on a regular basis as well… she is on that paradigm, right?)  Men might then be more attracted to a young lady… absolutely drug free, probably grew up on a highly nutritious raw / cooked paleo diet, grew up in a natural house hold?  Even if we were to compare twin girls separated at birth.  The lady on the natural program edges out her twin sister on attractiveness.  And men know… oh yes we do.  We notice.  We smell.  We see the signals.  The natural lady just draws us in subliminally…come to me…. arrrgggghhhh… irresistible!

On to the dry scientific explanation: Women’s attractiveness to men are highlighted during their fertile times.  Fertile women have that extra look, that extra glow, her voice changes and her body odour becomes irresistible.

On to the double whammy: Natural women are attracted to the natural features that make men attractive – traditional masculine features, the smell of genetically dissimilar men ( I mean, a girl attracted to a man who looks like her dad can be quite gross ).  Drugged up women on hormonal birth control lose out here as their man radar goes awry and they get to choose the wrong men.

That’s the real science score folks.  Just stating the obvious and it is reported on Scientific American and Science Daily citing the study in Trends in Ecology and Evolution TREE-1178

There is emerging evidence that the use of the pill by women can disrupt:
(i) the variation in mate preferences across their menstrual cycle;
(ii) their attractiveness to men; and
(iii) their ability to compete with normally cycling women for access to mates.

My own extended deduction is that the other forms of hormonal contraceptives in patches, IUDs laced with hormones, shots affect women just the same, making their bodies think they are pregnant and depriving them of their own NATURAL FERTILE cycles.

The facts are that these artificial and thus patented hormone / chemical products are rife with fully documented side effects (from the US FDA and from the manufacturers’ own documentation and from various drug injury lawyers and class action suits) and that some may be fatal to a woman’s health. 50 years of industry experience. The risks are now known. This is why birth control pills are supposed to be by prescription ONLY.

This study highlights the risk of women on birth control pills losing out in the mating game. Drugged women lose out to NORMAL / natural women.

And for emphasis on the 3rd conclusion:

“There is emerging evidence that the use of the pill by women can disrupt their ability to compete with normally cycling women for access to mates.”

“In a long-term context, the pill might not interfere with a woman’s preferences but rather with the ability of a woman to compete for, or to retain, her preferred mate resulting from a potentially decreased attractiveness, as compared to normally cycling women.”

Now we have a clue why a larger % of modern marriages wind up in divorce. The wife can’t keep up her attractiveness because she gets drugged for years!

One Comment to “Women on Hormonal Birth Control (Pills, Patch, IUD, Shots) Lose Out in Attractiveness”