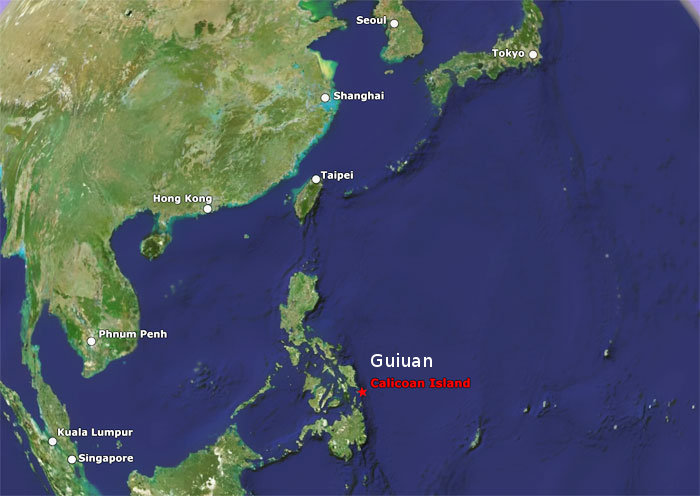 Maybe it was via cosmic providence that I happened to visit the remote town of Guiuan, Samar last October 25-30, 2013. Then come 4am November 8, 2013, this most powerful in recorded history making landfall Super Typhoon Haiyan / Yolanda most probably destroys this ideal paradise land I was so enchanted with. I assume immense devastation due to all communications being cut off.

The people I met in Guiuan seemed all clue less as to how powerful typhoons could be. It seems in their generation or in recent memory, no destructive typhoon seems to have ever come. It’s not like Batanes islands where their structures are made to withstand constant battering, it seems this is the first time this generation of Guiuanans will first have a taste of devastation. What worries me is if these new friends I just recently met will survive at all. I was welcomed in the humble wooden, nipa, rustic home of Mrs. Ilang Dagsa with her husband and only child Jenny in Bgy Tagporo, Guiuan. I do not think it is at all possible their creaking home will have survived 200-300 kph winds. I would assume their 2,000 square meter lot of various trees would be laid bare and uprooted by now with those winds. And their nearness to the ocean will most probably drown out the entire area of Guiuan and the entire island of Calicoan connected via bridge. I do hope their family and extended family, who I had a great time touring around with had found shelter in the few solid structures in that small town. I will hope for the best for them, but seeing how Tacloban was being slaughtered on TV before being cut off from all communications, I fear the worst for Guiuan. At first I feared Guiuan’s idealic living conditions might be destroyed by a repeat of the Boracay success with an eventual opening to commercial flights of the existing airport runway… but now I guess Guiuan will have to just try and rebuild completely from scratch.

There is just one world class resort in neighboring Calicoan Island called Surf Camp, owned by the same owner of Andok’s Lechon Manok chain… I don’t know if that place and its current checked in tourists will survive being the first in line, the first strike of Super Typhoon Haiyan / Yolanda.

Television news coverage keeps repeating the same old footage from lesser damaged areas because their communication lines are still open, but you should fear the worst from areas you absolutely cannot contact. This has to be the entire Eastern Samar from Guiuan to Boronggan City.

This is footage of the recent destruction of Tacloban City. Guiuan just has to be worse.

Below is a picture tribute I have, a small collection of shots I took while on vacation this October 25-30 in Guiuan – Calicoan with the Dagsa extended family.  First is a youtube video of the same photographs if you would rather watch.

And the photos if you would like to see them individually.

And here is my romantic assesment of my vacation in Guiuan written October 31, 2013. Not knowing this place would be destroyed just a week later:

So enchanted with Guiuan, Samar

Bad news for livability, good news for finances, my cousin bank manager in Boronggan says Guiuan will overtake Boronggan in progress. I think it already has. He says Guiuan is the future, not Boronggan. Multinational magnate families had made land acquisitions in Guiuan. Our old customer Sandy Javier of Andok fame had established Surf Camp, the only posh resort in Calicoan island has an enormous Andok restaurant across the road.

The single spark that is needed is the construction of commercial airport facilities on the old World War 2 American runway.

Guiuan can and will eventually explode to heights higher than little Boracay can.

I Hope it does not happen. Hope this area can be made a protected area for nature. Guiuan has the right mix of modernity without destroying nature.

On the single issue of mangrove forest growth, it beats Palawan hands down because the people here do not use mangrove trees for charcoal. They use discarded copra coconut shells for charcoal. And the fresh Pacific ocean water flowing in between Guiuan and Calicoan is unbeatable public refreshing swimming.

Guiuan has everything wholesome natural entertainment for its natives and visitors. No one is hungry. No one needs to do any criminal activity. The people are all extremely nice.

The edge of Calicoan island has shells like the old puka beach in boracay being exploited by the natives for necklaces et al. Super cheap… it’s outrageous.

The “poor” people i lived with are never hungry because they squat in their own lands with big gardens of trees and veggies and fruit and root crops and have their own water well. The climate is pleasant cool and fresh. They are only cash poor, but they are rich in everything else.

This will all change if and when an airport is established.

If i had the chance i would like to try and live here for a month and see more with the nature of my business that i can live with just a good 3g connection of which yes there was.

I’m glad i went to Guiuan for this vacation. A true eye opener.

Alas the Super Typhoon Haiyan / Yolanda struck November 8, 2013. All communications are down. If Tacloban City was devastated, I fear much worse devastation in Guiuan. Maybe it was via cosmic providence that I happened to visit the remote town of Guiuan, Samar last October 25-30, 2013 so I could bring you these enchanting pictures of Guiuan and Calicoan before its destruction.

View all posts by Good Samaritan
Older Most powerful Typhoon (HAIYAN / Yolanda) in recorded history made landfall… in the Philippines. Now.
Latest posts in the same category
Safety 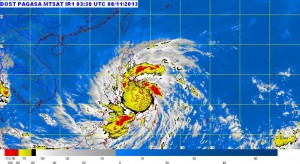 We have a 2.5 year old boy toddler in the compound lately. He can be fun, playful and have tantrums… but the hard part is . . .