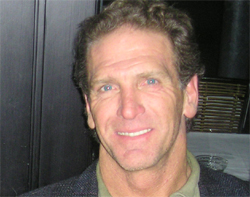 This is so sad… I was looking forward to growing old with Aajonus up to 150. Sigh.

I was a student of Aajonus Vonderplanitz through his books, writings and videos. Aajonus made an enormous contribution to the raw health food community with his original teachings and his various health advocacies. I owe part of my son’s grave illness healing to his books which I keep as reference in my ipad. Aajonus’ Primal Diet has a section devoted to it at the www.rawpaleodietforum.com community of which I am the network administrator.

Below are the emails posted in his Facebook group https://www.facebook.com/groups/aajonus/
————————

For those of you who are at all interested in raw food diets, I have
just received word that Aajonus Vonderplanitz — who had written at
least two books on a raw diet system called the Primal Diet, a diet that
was essentially a raw Paleolithic diet, but one that included very large
amounts of raw animal foods and who had also lectured on the subject —
apparently died within the past 24 hours at his home in Thailand due to
an accidental fall.

The news of Aajonus’s death has been slowly breaking on raw food groups
over the past two hours.

I extend my condolences to his loved ones.

Tragic News to the Primal Dieters and Community: According to Jeff Slay, Aajonus fell from his second story balcony at his home in Thailand when it gave way.

He suffered a broken spine and internal bleeding and was taken to the hospital where he died. I am awaiting more details but Jeff is unavailable right now for call and texted this information to Renee Bental.